The anti-inflammatory effects of curcumin found in the Indian cooking herb turmeric are thought to protect the brain from dementia. There are currently no available treatments that reverse dementia and so there is a strong focus on prevention. Previous research has shown memory effects of curcumin. This trial is a classic example of picking up a supplement available for prevention of memory loss and conducting a scientific study to evaluate its effects backed by brain imaging.

18 month randomized double-blind placebo-controlled trial. Theracurmin which produces higher concentrations compared to standard curcumin powder was studied. Subjects were 50-90 years and were nondemented. The subjects chosen, were to have skills to complete neuropsychological testing. The study was conducted in conjunction with functional brain imaging using FDDNP PET scanning, a measure of brain plaques and tangles. Cerebrovascular disease, probable Alzheimer’s disease or other dementias were reasons for exclusion. Individuals with severe depression and anxiety were excluded. Theracurmin (N=21) 90 mg twice daily was compared to placebo (N=19). The two groups were compared using neuropsychological testing. Primary outcome measures were those for verbal and visual memory and secondary measures were for attention. PET signals were determined in amygdala, hypothalamus, medial and lateral temporal lobe, posterior cingulate, parietal, frontal, and motor (reference) regions.

Mood was assessed using the Beck Depression Inventory (BDI) and found to improve in the curcumin group.

Side-effects experienced were gastrointestinal (n=4) in curcumin group and (N=2) in the placebo group. Compliance was measured by doing curcumin serum levels.

There has recently been a focus on successful aging and dementia delay/ prevention is an important component. Turmeric is used in Indian cooking which gives curry the yellow color. Curcumin is the active ingredient found in turmeric and has anti-inflammatory, antioxidant, and anti-amyloid properties. Epidemiological studies have shown lower prevalence of Alzheimer’s disease in India. Curcumin because of its anti-inflammatory and anti-amyloid effects has been shown to improve memory and attention in middle age nondemented adults backed by functional imaging (PET scans) in this 18 month study. This is in line with recent focus on using natural therapies for dementia prevention. In this field where there are no definite therapies for reversal, prevention remains key. Stay tuned to this line of research.

Question is should individuals in their 50s take Theracurmin 90 mg twice a day? It is an individual decision. It may get late by the time all the studies are in definitively. It is available online made by Theravalues Corporation. This particular brand was used in the trial due to better absorption and higher bioavailability. One can also go out more often/ cook Indian curry at home!

Schizophrenia is a devastating illness with a higher mortality and suicide rate than the general population. First episode schizophrenia (FES) patients have been studied longitudinally, as long-term effects of the illness on intellectual capital and effects of medications have not occurred in this early stage of disease. Early intervention (EI) has been previously found to reduce suicide attempts. This study focuses on EI over two years and its effect on completed suicide over a 12 year follow up period. The study included risk factors for early and late suicide.

This study was conducted in Hong Kong.

This control study had N=617 FES patients who received EI for two years and those who did not were called standard care N=617 (SC). Clinical information was collected for both groups for the first three years and details of death over 12 years.

Completed suicide rate during the 12year time frame was the primary measure. The association of the EI with the suicide rates during years 1 through 3 and years 4 through 12 were assessed separately.

The completed suicide rates were 4.4% in the EI group and 7.5% in the SC group. Patients in the EI group had statistically significant better survival. The number of suicide attempts was an indicator of early suicide (1-3 years). Premorbid occupational impairment, the number of relapses, and poor compliance during the initial 3 years were indicators of late suicide (4-12 years).

Clinically we should intervene early and aggressively with new onset psychosis as completed suicide rate is high in the initial few years. The early interventions have not been clearly defined in this study. They usually include having focused approaches involving family intervention, cognitive behavioral therapy, antipsychotic medications, and reducing the duration of untreated psychosis. The time frame after initial diagnosis is known as an additional high-risk period when a high rate of suicides may occur. Please keep in mind this study was done in Hong Kong and the suicide rate during the duration of the study fluctuated peaking initially and then stabilizing. In Hong Kong cultural issues may differ which should be borne in mind.

In today’s world the use of atypical long acting antipsychotics (LAI) would be the cornerstone of early treatment to prevent recurrence of psychosis. Functional reintegration is another key strategy along with monitoring and treatment of depression and substance abuse. Ideally, we would like to target individuals in the prodromal phase of the illness which remains an uphill task.

Since 1996 Medicinal use followed by recreational use of cannabis has been approved in multiple states. Many of our patients would like to use cannabis for “anxiety” or “PTSD” or even recreationally. This is an excellent review of multiple studies and metanalyses by Dr. Volkow who is a career researcher in the field of substance use disorders (SUD) including use of brain imaging.

Her review article has focused on studies of cognitive capacity, motivation, and risk of psychosis. The review was published in 2016 and the issues in the article are currently in the forefront in psychiatry.

At least two metanalyses have shown cannabis users perform worse than nonusers on tests of neuropsychological function. The specific areas affected include executive function, attention, learning and memory, motor skills, and verbal abilities. Studies also suggest that with as little as one month of abstinence function recovers to the performance level of nonusers. The volumes of the hippocampus and amygdala are reduced in heavy cannabis users. Adolescents are particularly vulnerable to the adverse effects of cannabis as synaptic pruning and myelination occurs at this age. Impairment of neurodevelopmental processes may occur.

Cannabis is likely to cause impairment in learning, memory, motivation, executive function as well as other neuropsychological domains. Risk of psychosis is high. Adolescents are especially at higher risk for the harmful effects of cannabis and there is a real chance that schizophrenia may be precipitated in the at risk individuals.

There is a dichotomy between the states and the federal government with regard to cannabis. The Federal government views it as schedule I drug. Cannabis appears to be getting a free pass due to activism and popular vote without any valid placebo-controlled clinical trials which are desired of medications before FDA approval. There has been an increase in the concentration of cannabis now up to 12 percent or higher from 4% in some studies suggesting a higher incidence of psychosis and neuropsychological impairment. There is no well-documented evidence for use of medical cannabis for the treatment of psychiatric disorders. In my opinion mental health professionals should read this review.

This study was conducted in Germany.

Major depressive disorder (MDD) patients were compared with matched controls. All participants underwent MRI scanning at baseline and at two years. There were three groups which included MDD with relapse, MDD without relapse and controls.

The diagnosis was based on Structured Clinical Interview (SCID) for DSM IV at both time points.  Medical records were used to confirm the diagnosis and duration of index episode. The baseline demographics were matched except the patients with relapse had significantly higher Hamilton Depression Rating (HDRS) Scale scores compared to those without relapse. The childhood trauma questionnaire was administered as childhood maltreatment is a known risk factor for MDD.

The patients with MDD with at least one relapse had a significant decrease in insular volume and dorsolateral prefrontal cortex (DLPFC) volume while the MDD group without relapse did not. Depression and effects of medications was ruled out. Age and intracranial volume was controlled for. The cortical thickness increased significantly in the MDD group without relapse.

In this study with a longitudinal design there was an association of relapse in MDD with brain morphological changes in the brain areas regulating emotions.

MDD is a heterogenous illness and we are still trying to identify individuals at risk for relapse. We know that patients with residual symptoms are at increased risk clinically. This is the first longitudinal study providing evidence of neuroplastic changes in brain regions such as insula and DLFC which are concordant with models of MDD with impaired frontolimbic brain circuitry. Previous studies have identified reduction in gray matter volumes in brain regions related to depression but have been cross-sectional. There was one seven year study but it did not control for confounding variables like age and intracranial volume. At this point imaging the brain is not diagnostic but does provide clues regarding brain circuitry in relapsing depression. This study suggests that patients with recurrent depressive episodes having higher HDRS scores also had volume loss in key brain regions in MDD circuitry.

Screening for thyroid abnormalities is an established part of a work up for psychiatric illnesses. Autoimmune thyroiditis (AIT) is a major health issue in the United States which has a 4-13% prevalence. The prevalence increases with age up to 20% amongst elderly females. There is also a significant prevalence of anxiety and depression amongst these individuals. This is the first metanalytic review of a large sample reporting on the prevalence of anxiety and depression.

Extensive two step data search was done of multiple data bases such as Google Scholar, the EBSCO Host databases (Psych info, PsycArticles, Medline, PSYNDEX, ERIC) and PubMed. The PRISMA guidelines were used for study selection. Publications in English and German were included. The diagnosis included in the search were Hashimoto thyroiditis, AIT, latent subclinical or overt hypothyroidism. Studies that reported enough data to compute effect sizes were included.

Exclusions included articles in languages other than English or German. Studies that did not include quantitative assessment of depression and anxiety and did not have comparison to a healthy control group were excluded. Studies including pregnant women were also excluded. Study quality was assessed using the Newcastle-Ottawa scale giving a star rating to studies based on quality.

This is an important study for clinicians both in psychiatry and primary care with findings stemming from a large meta-analysis. Psychiatrists should screen the anxiety and depression patients better for AIT by doing a few tests in addition to TSH. Consider doing Free T4, TSH, and anti-thyroid peroxidase antibodies. Primary care physicians should in addition to these tests screen for depression and anxiety using PHQ-9 and GAD-7 questionnaires. In complex cases a referral to an endocrinologist would be in order.

We are always carefully evaluating which research papers to discuss in GME Research Review. Have come across a research paper published in the last 6 months that you thought is clinically relevant? Do you want me to analyze it for you and for the benefit of others? Please email Dr. Gupta the citation at [email protected] 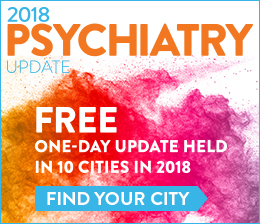 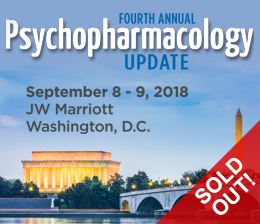 All material on this website is protected by copyright, Copyright © 2021 by GME Inc. This website also contains material copyrighted by 3rd parties.
GME does not provide medical advice. The website and articles are intended for informational purposes only. They are not a substitute for professional medical advice, diagnosis or treatment. Never ignore professional medical advice in seeking treatment because of something you have read on the GME Website. If you think you may have a medical emergency, immediately call your doctor or dial 911.