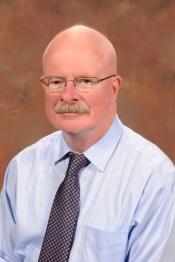 Dr. McEvoy served as Co-Principal Investigator and Project Medical Officer for the CATIE Schizophrenia Trials and for several subsequent trials funded through the NIMH-funded Schizophrenia Trials Network, as well as for the industry-funded Comparison of Atypicals for First Episode (CAFÉ) trial. He is currently the principal investigator for the NIMH-funded ACLAIMS (A Comparison of Long-Acting Injected Medications for Schizophrenia) trial. He is an author on more than 150 referred publications and numerous invited publications, including books and book chapters. Dr. McEvoy edited the Expert Consensus Guidelines for the Treatment of Schizophrenia in 1996 and 1999.

The Duke psychiatry residents have twice (1999 and 2002) selected Dr. McEvoy for their Honored Teacher Award. Dr. McEvoy received the Eugene A. Hargrove Mental Health Research Award in both 2002 and 2006, and the Pittsburgh Schizophrenia Conference Award in 2011. He is a Distinguished Life Fellow of the American Psychiatric Association.