Siegfried Kasper, MD, Chairman of the Department of Psychiatry and Psychotherapy, Medical University of Vienna, Austria 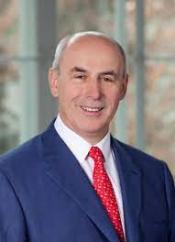 Dr. Siegfried Kasper is Professor of Psychiatry and Chairman of the Department of Psychiatry and Psychotherapy at the Medical University of Vienna, Austria. Born in Salzburg, Austria, he was educated at the medical schools of the University of Innsbruck, Austria and the Universities of Freiburg and Heidelberg, Germany. Dr. Kasper gained clinical and research experience in psychiatry at the Central Institute of Mental Health, Mannheim, Germany, the Psychiatric Department of the University of Heidelberg, Germany, the Clinical Psychobiology Branch of the National Institute of Mental Health, Bethesda, Maryland/USA, and the Psychiatric Department of the University of Bonn, Germany; in neurology at the Neurological Department of the University of Heidelberg in Mannheim; and psychotherapeutic and psychoanalytic training at the Ausbildungsinstitut für Psychotherapie und Psychoanalyse in Heidelberg/Mannheim, Germany. Dr. Kasper published 646 in PubMed listed publications (Google: Citation Index: 39.058; Hirsch-Index: 96, i10-index: 590) and more than 250 books or book chapters, in various areas of psychiatry. He concentrates on the biological bases of mental disorders and their possible treatment approaches. Furthermore, he has conducted studies in psychopathological as well as clinical areas. Dr Kasper is a frequent national and international speaker and continues to be actively involved in research programmes studying depression, anxiety, psychosis, and dementia. Dr. Kasper serves/served on the executive committees and advisory boards of several national and international societies, such as the Austrian Association of Psychiatry, Psychotherapy and Psychosomatic (ÖGPP), the European College of Neuropsychopharmacology (ECNP) and the European Psychiatric Association (EPA). From 2005 to 2009 Dr. Kasper was President of the World Federation of Societies of Biological Psychiatry (WFSBP) and has been appointed as Honorary President of the WFSBP in 2013. He has been elected to the Executive Committee of the International College of Neuropsychopharmacology (CINP) for the period of 2012 to 2018 and is now President of this society. Moreover, Dr. Kasper is Chair of the World Psychiatric Association (WPA) Section of Pharmacopsychiatry. He is Founding President of the Austrian Society of Neuropsychopharmacology and Biological Psychiatry (ÖGPB) and of the Austrian Society of Drug Safety in Psychiatry (ÖAMSP). Furthermore, he is a Honorary Member of the Czech Society of Neuropsychopharmacology, the Romanian Society of Neuropsychopharmacology, the Hungarian Psychiatric Association and a Fellow of the Royal College of Psychiatrists, UK, as well as of the Scandinavian College of Neuro-Psychopharmacology (SCNP) and of the Ukrainian Association of Psychiatry. He is a member of the European Academy of Sciences and Arts (EASA). Furthermore, he has been appointed as Honorary/Visiting Professor at the following universities: University of Hong Kong, China, in 2004; Universidad Andrés Bello, Santiago de Chile, Chile, 2014; Aino University in Osaka, Japan, 2015; Kolkata Institute of Psychiatry, Department of Health & Family Welfare, India in 2016; University of Hiroshima, Japan, in 2017 and Belgrade University School of Medicine, Serbia, in 2017. Dr. Kasper serves on the editorial boards of numerous learned journals, including The Lancet Psychiatry, CNS Spectrums, Journal of Affective Disorders, Pharmacopsychiatry, European Archives of Psychiatry and Neuroscience. He is Chief-Editor of the World Journal of Biological Psychiatry and the International Journal of Psychiatry in Clinical Practice, and Field Editor of the International Journal of Neuropsychopharmacology as well as Section Editor of the Annals of General Psychiatry. As a result of his research expertise he is the recipient of numerous national and international scientific and public awards and prizes and has been acknowledged with the Grand Decoration of Honor in Silver for Services to the Republic of Austria, the Austrian Cross of Honor for Science and Art, First Class and the Gold Medal for Meritorious Service to the Province of Vienna.